The prize was awarded at the Scandinavian Society of Periodontology meeting in Svalbard in August.
Professor Fardal received his dental degree from the Queens University of Belfast and later graduated with a Master of Dental Surgery and a PhD from the same University. He did his graduate training in Periodontics at the University of Toronto and received an Honorary Chair at the University of Aberdeen in 2017.
Professor Fardal’s research focuses on the long-term results of periodontal and implants therapy in private practice. The results are both objectively measured and focused on patients’ inputs.
The main strength of Professor Fardal’s innovative research is that it is carried out in private clinical practice with the same operator over a long period of time in a catchment area with a stable patient population. This is highly relevant, as the majority of dental treatment is carried out in private practice worldwide. In addition, there is generally a scarcity of high quality of research from private practice.
The high quality of the research is manifested by the fact that most articles (nearly 40) are published in top rated international journals. The Journal of Clinical Periodontology and the Journal of Periodontology have published most of the work and the articles have so far received more than 1000 citations. Nearly all the papers have Professor Fardal as the first author.
The award was presented by Jens Wærhaug’s granddaughter Eva Nordendahl.
The prize giving was followed by a presentation of some of the research by Professor Fardal including his personal comments, suggestions of future research and a critical view on some of the contemporary research. 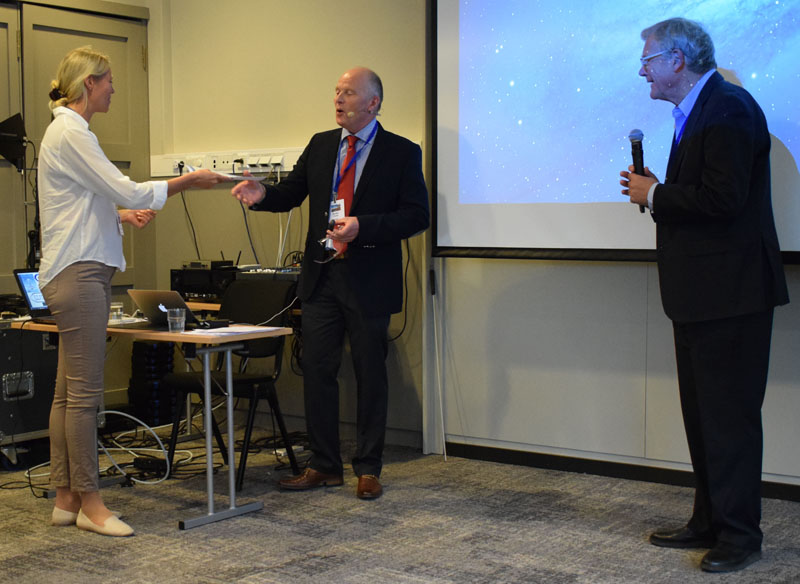